Bitcoin(BTC) is a cryptocurrency invented in 2008 by an unknown person or group of people using the name Satoshi Nakamoto and started in 2009 when its implementation was released as open-source software.

It is a decentralized digital currency without a central bank or single administrator that can be sent from user to user on the peer-to-peer bitcoin network without the need for intermediaries. Transactions are verified by network nodes through cryptography and recorded in a public distributed ledger called a blockchain. Bitcoins are created as a reward for a process known as mining. They can be exchanged for other currencies, products, and services. Research produced by the University of Cambridge estimates that in 2017, there were 2.9 to 5.8 million unique users using a cryptocurrency wallet, most of them using bitcoin. 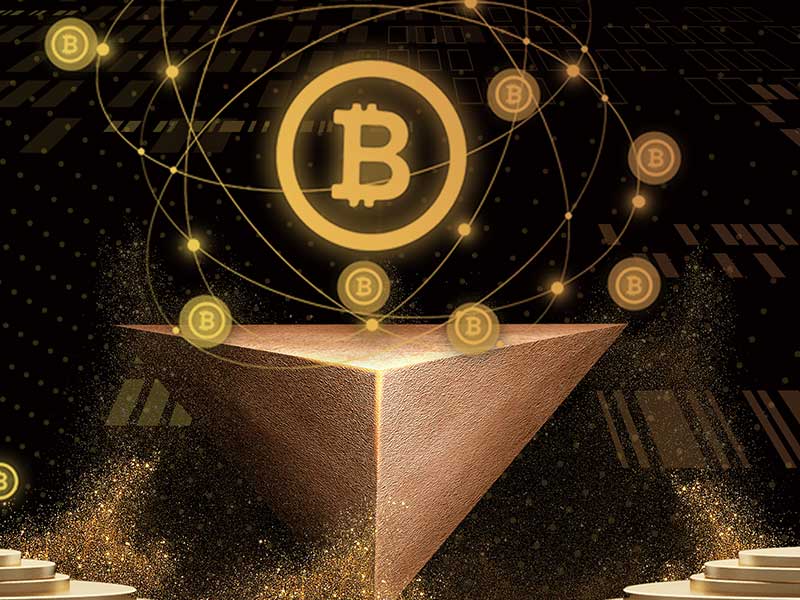 The domain name "bitcoin.org" was registered on 18 August 2008. On 31 October 2008, a link to a paper authored by Satoshi Nakamoto titled Bitcoin: A Peer-to-Peer Electronic Cash System was posted to a cryptography mailing list. Nakamoto implemented the bitcoin software as open-source code and released it in January 2009. Nakamoto's identity remains unknown.

On 3 January 2009, the bitcoin network was created when Nakamoto mined the starting block of the chain, known as the genesis block. Embedded in the coinbase of this block was the text "The Times 03/Jan/2009 Chancellor on brink of second bailout for banks". This note references a headline published by The Times and has been interpreted as both a timestamp and a comment on the instability caused by fractional-reserve banking.

The receiver of the first bitcoin transaction was cypherpunk Hal Finney, who had created the first reusable proof-of-work system (RPoW) in 2004. Finney downloaded the bitcoin software on its release date, and on 12 January 2009 received ten bitcoins from Nakamoto. Other early cypherpunk supporters were creators of bitcoin predecessors: Wei Dai, creator of b-money, and Nick Szabo, creator of bit gold. In 2010, the first known commercial transaction using bitcoin occurred when programmer Laszlo Hanyecz bought two Papa John's pizzas for ₿10,000. 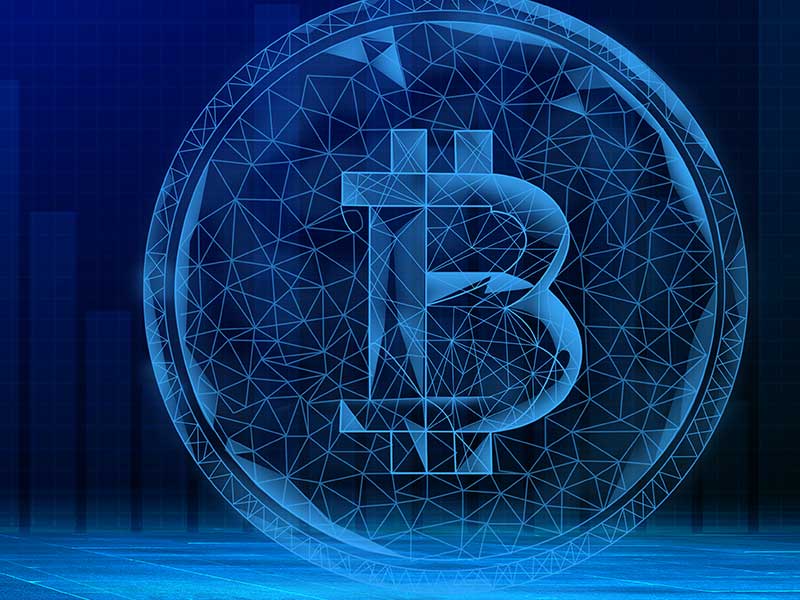 he unit of account of the bitcoin system is a bitcoin. Ticker symbols used to represent bitcoin are BTC and XBT.Its Unicode character is ₿. Small amounts of bitcoin used as alternative units are millibitcoin (mBTC), and satoshi (sat). Named in homage to bitcoin's creator, a satoshi is the smallest amount within bitcoin representing 0.00000001 bitcoins, one hundred millionth of a bitcoin. A millibitcoin equals 0.001 bitcoins; one thousandth of a bitcoin or 100,000 satoshis.

For broader coverage of this topic, see Blockchain.

The bitcoin blockchain is a public ledger that records bitcoin transactions. It is implemented as a chain of blocks, each block containing a hash of the previous block up to the genesis block of the chain. A network of communicating nodes running bitcoin software maintains the blockchain. Transactions of the form payer X sends Y bitcoins to payee Z are broadcast to this network using readily available software applications.

Network nodes can validate transactions, add them to their copy of the ledger, and then broadcast these ledger additions to other nodes. To achieve independent verification of the chain of ownership each network node stores its own copy of the blockchain. At varying intervals of time averaging to every 10 minutes, a new group of accepted transactions, called a block, is created, added to the blockchain, and quickly published to all nodes, without requiring central oversight. This allows bitcoin software to determine when a particular bitcoin was spent, which is needed to prevent double-spending. A conventional ledger records the exchanges of actual bills or promissory notes that exist apart from it, but the blockchain is the only place that bitcoins can be said to exist in the form of unspent outputs of transactions.

Transactions are defined using a Forth-like scripting language. Transactions consist of one or more inputs and one or more outputs. When a user sends bitcoins, the user designates each address and the amount of bitcoin being sent to that address in an output. To prevent double spending, each input must refer to a previous unspent output in the blockchain. The use of multiple inputs corresponds to the use of multiple coins in a cash transaction. Since transactions can have multiple outputs, users can send bitcoins to multiple recipients in one transaction. As in a cash transaction, the sum of inputs (coins used to pay) can exceed the intended sum of transactions. In such a case, an additional output is used, returning the change back to the payer. Any input satoshis not accounted for in the transaction outputs become the transaction fee.

Though transaction fees are optional, miners can choose which transactions to process and prioritize those that pay higher fees. Miners may choose transactions based on the fee paid relative to their storage size, not the absolute amount of money paid as a fee. These fees are generally measured in satoshis per byte (sat/b). The size of transactions is dependent on the number of inputs used to create the transaction, and the number of outputs.

If the private key is lost, the bitcoin network will not recognize any other evidence of ownership; the coins are then unusable, and effectively lost. For example, in 2013 one user claimed to have lost 7,500 bitcoins, worth $7.5 million at the time, when he accidentally discarded a hard drive containing his private key. About 20% of all bitcoins are believed to be lost. They would have a market value of about $20 billion at July 2018 prices.

To ensure the security of bitcoins, the private key must be kept secret. If the private key is revealed to a third party, e.g. through a data breach, the third party can use it to steal any associated bitcoins. As of December 2017, around 980,000 bitcoins have been stolen from cryptocurrency exchanges.

A wallet stores the information necessary to transact bitcoins. While wallets are often described as a place to hold or store bitcoins, due to the nature of the system, bitcoins are inseparable from the blockchain transaction ledger. A wallet is more correctly defined as something that "stores the digital credentials for your bitcoin holdings" and allows one to access (and spend) them. Bitcoin uses public-key cryptography, in which two cryptographic keys, one public and one private, are generated. At its most basic, a wallet is a collection of these keys.

Bitcoin does not have a central authority.

There is no central server; the bitcoin network is peer-to-peer.

There is no central storage; the bitcoin ledger is distributed.

The ledger is public; anybody can store it on their computer.

There is no single administrator; the ledger is maintained by a network of equally privileged miners.

Anybody can become a miner.

The additions to the ledger are maintained through competition. Until a new block is added to the ledger, it is not known which miner will create the block.

The issuance of bitcoins is decentralized. They are issued as a reward for the creation of a new block.

Anybody can create a new bitcoin address (a bitcoin counterpart of a bank account) without needing any approval.